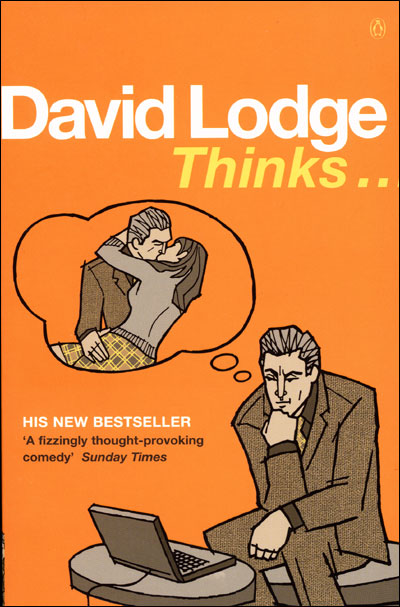 A tip for a cognitive science novel:

A couple of weeks ago at the ESPP congress in Lund, I presented a paper on Harlem conditionals, in which Sabine and I champion a 1970 paper by Aaron Sloman on the semantics of ought:

In some ways, Sloman anticipated some rudiments of the context-sensitivity story about modals that Angelika Kratzer later developed. Definitely worth a look.

At the conference, David Over told me about the novel Thinks … by David Lodge:

At the fictitious University of Gloucester, science and literature collide in the persons of 40-something Ralph Messenger and Helen Reed. Ralph's research as the director of cognitive science and his wit and charisma as an explicator of artificial intelligence make him a bit of a star in Britain, and with the ladies. He delights in opportunities for extramarital activities within the confines of the don't-ask-don't-tell arrangement he's established with his wife. [from amazon.com's reprint of a Publisher's Weekly review]

Apparently, Ralph Messenger is modeled after none other than Aaron Sloman, who in real life however is not a womanizer, according to David Over. Lodge writes in his Acknowledgments:

My biggest single debt is to Aaron Sloman, Professor of Artificial Intelligence and Cognitive Science in the School of Computer Science at the University of Birmingham. Aaron patiently answered my elementary questions, gave me copies of his publications, introduced me to his colleagues, welcomed me to his department seminars, escorted me to an eye-opening international conference on consciousness (held appropriately enough at Elsinore) and generally acted as an indispensable guide to consciousness studies in general and artificial intelligence in particular. Though he shares some of the view of my fictional character, Ralph Messenger, on these matters, anyone who knows him will testify that they have nothing else in common.